a little less than the girl next door (

A lesson on love from my hospital bed 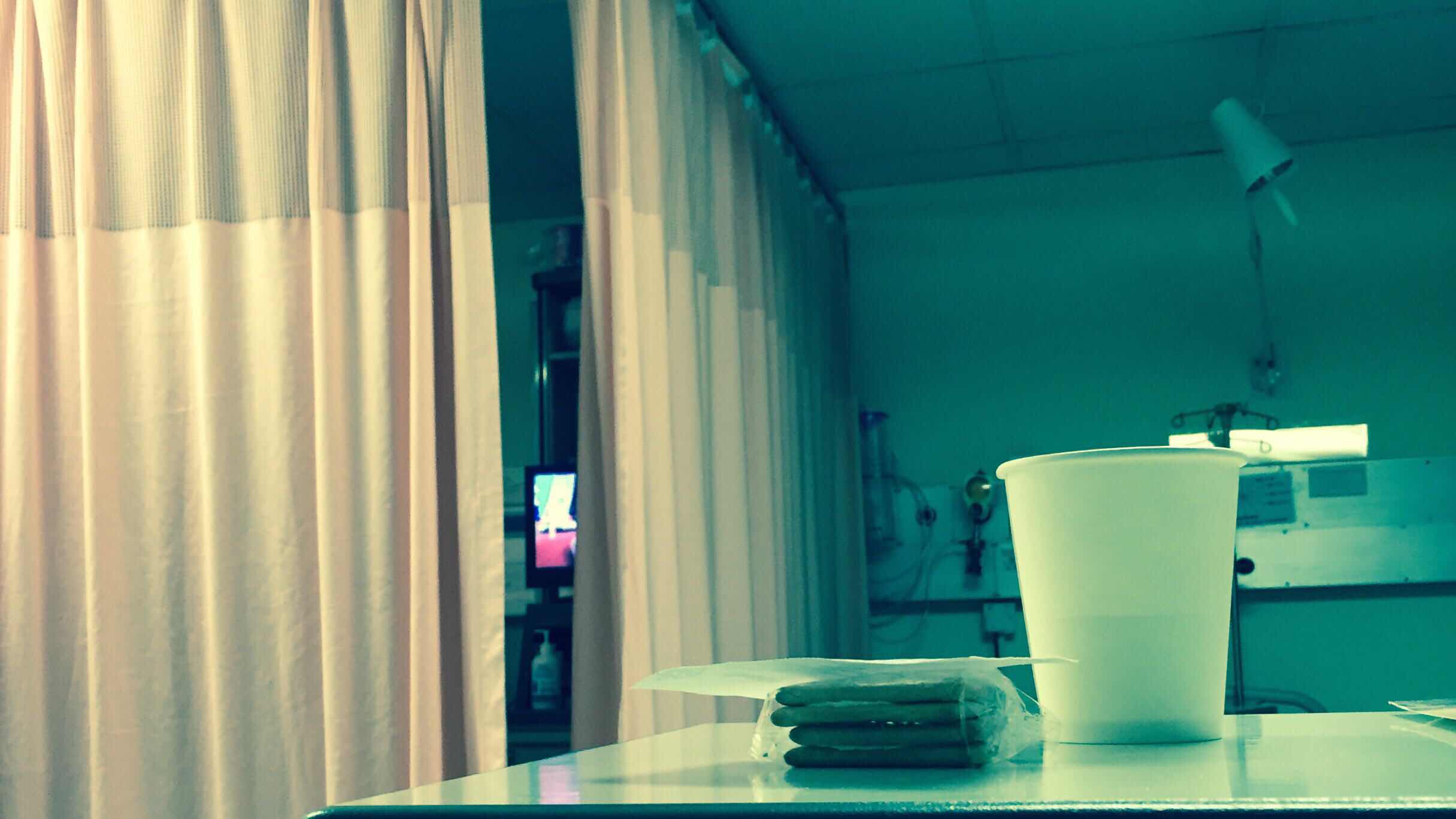 He was bent over her bed, tending to her, when I checked into the ward. Soothing 70s songs were playing softly from a music player on a stand nearby. The tunes -- their lyrics sometimes in English, sometimes French or Italian, sometimes Chinese -- sounded straight out of a radio from a time long past.

Crooning to her, caressing her face on and off and fussing around her with a small wet towel in hand, he never took his attention from her, never spared a glance for who was checking into the ward and making all that check-in noise around them that day.

At first, I thought she had mere days, maybe hours, left. How else could one find such focus, such devotion to care so single-mindedly for a person who couldn't move, couldn't converse, couldn't interact, could only stare back seemingly emptily and make choking, gurgling, difficulty-breathing noises at you?

"He had to rush home last night to prepare dinner for their son ... Already a working adult and can't even buy his own food from outside, let alone cook for himself."

"And he didn't just buy food home for their son, you know? He went and bought food home to cook for him."

"That's why I say, that's what happens when there's no woman in the family."

"It's really not easy, having to shuttle from place to place..."

"It's the school holidays in Taiwan now, this week ... He'll be flying back next month."

"But I told him he can't expect to care for her 15 hours a day every day; he's not a professional ... She's stable ... Do you know he slept on this chair here the other day?"

One can really learn a lot from nurses gossiping among themselves.

I was playing around with my unappetising dinner, pushing plain mashed potato around the plate, feeling nauseated and sorry for myself, when he started sobbing -- not loudly, but audibly, and sorrowfully -- from behind the pink curtains half-drawn around her bed.

The weeping was over in seconds. He blew his nose into a hanky, cleared his throat, stood up, and went right back to tending to her, cupping her face in his hands, speaking gently close to her.

He had been here for at least six hours today. Standing over the bed, he would sing to her. He must have had some choir training, if not opera; it was a trained voice with which he sang. But he would stop at some songs.

This was one song he skipped.

Why, I wondered. Was it not true? Or was it too true? Did he find it cheesy? Or was he overcome by emotion?

But what did it matter.

He didn't have to say it, didn't need to sing it; surely this man knows love.
Subscribe